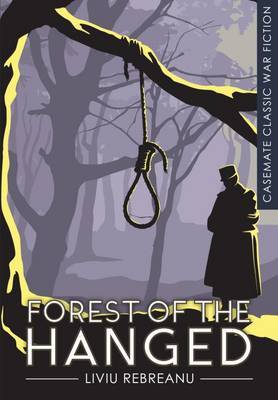 Forest of the Hanged

The Casemate Classic War Fiction Series publishers new editions of forgotten classics that perfectly capture their era. During the First World War, just behind the eastern front, there was a forest, where Austrians and Hungarians used to hang deserters. To this place came Apostol Bologa, a young Romanian officer eager to serve his country. Born in a Romanian region of Transylvania which was then under Hungarian rule, he had naturally enough joined the Austro-Hungarian army. But soon Romania itself entered the war, and Bologa found himself fighting his own people. Forest of the Hanged asks a fundamental question about war: namely, why does a man fight? Apostol condemns an officer to death for desertion and attempting to give information to the enemy. He watches the execution of the officer with satisfaction until he witnesses a fellow soldier's grief and pity for the dead man. At this point his world shifts. His growing self-doubt and uncertainty lead him to question beliefs he once held without question. Unprepared for his own reaction when he is once again called to sit on a court martial, he finds that he too must go to the forest. This very rare, richly descriptive novel lays bare the inner conflict engendered by a total war, yet seldom expressed.

Liviu Rebreanu, one of Romania's most distinguished writers, was born in Transylvania in 1885. Although he intended to study medicine, a lack of money obliged him to enter a military school and he became an officer in the Austro-Hungarian army. It was during this period that he decided to devote his life to writing and in 1908 he obtained his discharge. His first novel appeared in 1920 and was followed by Forest of the Hanged in 1922. He died in 1944; since then his novels have been widely published in Europe, as well as Turkey and China. He was described by the Glasgow Herald as 'one of the greatest novelists of all time', and by the Sunday Telegraph as 'A major author, a prose genius'.